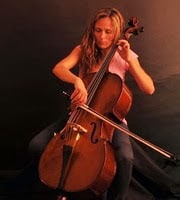 Dimitra Labretsa was born in Grevena, Greece. She is an artist and educator in animation. Her studies were completed at the School of Fine Arts, the School of Graphic Arts, and Design of Athens. Her active career has led her to live and work in Athens, with professional projects taking her to many cities in Greece and Europe.

Her work experience includes being a set designer and art director for film and stage productions at venues such as the National Theatre of Northern Greece and the Greek National Opera. As an artist, she has had solo exhibitions in Greece and abroad: her artistic genre trends towards romanticism – realism.  Of late, she has expanded to multi-media events weaving her artistic imagery with music.

Since 2002, Dimitra Labretsa has become a collaborating research team member and illustrator for paleontological and archaeological studies in Greece: she has supplied archaeological interpretative reconstructions for the Archaeological Museums of Athens, of Aeani-Kozani, and of Rethimo-Crete. She remains an active collaborator with the research team of the Paleontological Museum of Milia-Grevena. Combining scientific examination with her artistic talent, she has produced illustrations for a series of publications that include the following books: Dealing with Chronic Musculoskeletal Pain with Acupuncture by Miltiades Karavi;  Early Education in the Theatre by Simo Papadopouloy; and Minoan Artistic Landscapes by Irida Tzahil.  Dimitra’s illustrative work has been featured in newspapers and scientific journals.